Various online retailers such as Sabre PC, Amazon UK, and Insight.com have started to feature the not-yet-announced Intel 330 SSD. Another popular retailer also listed the Intel 330, though the information and tags were removed from the page. However, a search in Google still shows the original page with some information.

The naming of The Intel 330 model matches the roadmap of Intel SSDs that leaked last year. Just last week, The Digitimes.com website informed on an expected May release, based on insider information.

Even though there’s no direct evidence that the Intel 330 will use a SandForce controller, based on the size capacities and how the recent Intel 520 made the switch from Marvell to SandForce, it likely will. SandForce controllers may offer the fastest speed; however, they are challenged by frequent blue screens for the end-user, aka stability.

Intel pride themselves on reliability. They insisted that with the Intel 520, they had worked hard on the firmware to guarantee a reliable drive, which they also backed up with a 5-year warranty. Based on information from Sabre PC, Intel 330 will have a 3-year warranty.

Although the performance of the Intel 330 won’t be the same as the higher-end 520s, it surely won’t disappoint on the fast performance, and it’ll reasonably target capturing more of the consumer space. Keep an eye out for this new SSD in late May. 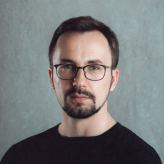